The restaurant is located in the same building as the theater, where you will get to enjoy several local dishes prior to the Calypso show. During the dinner, you will be entertained with beautiful Thai traditional dance performances. 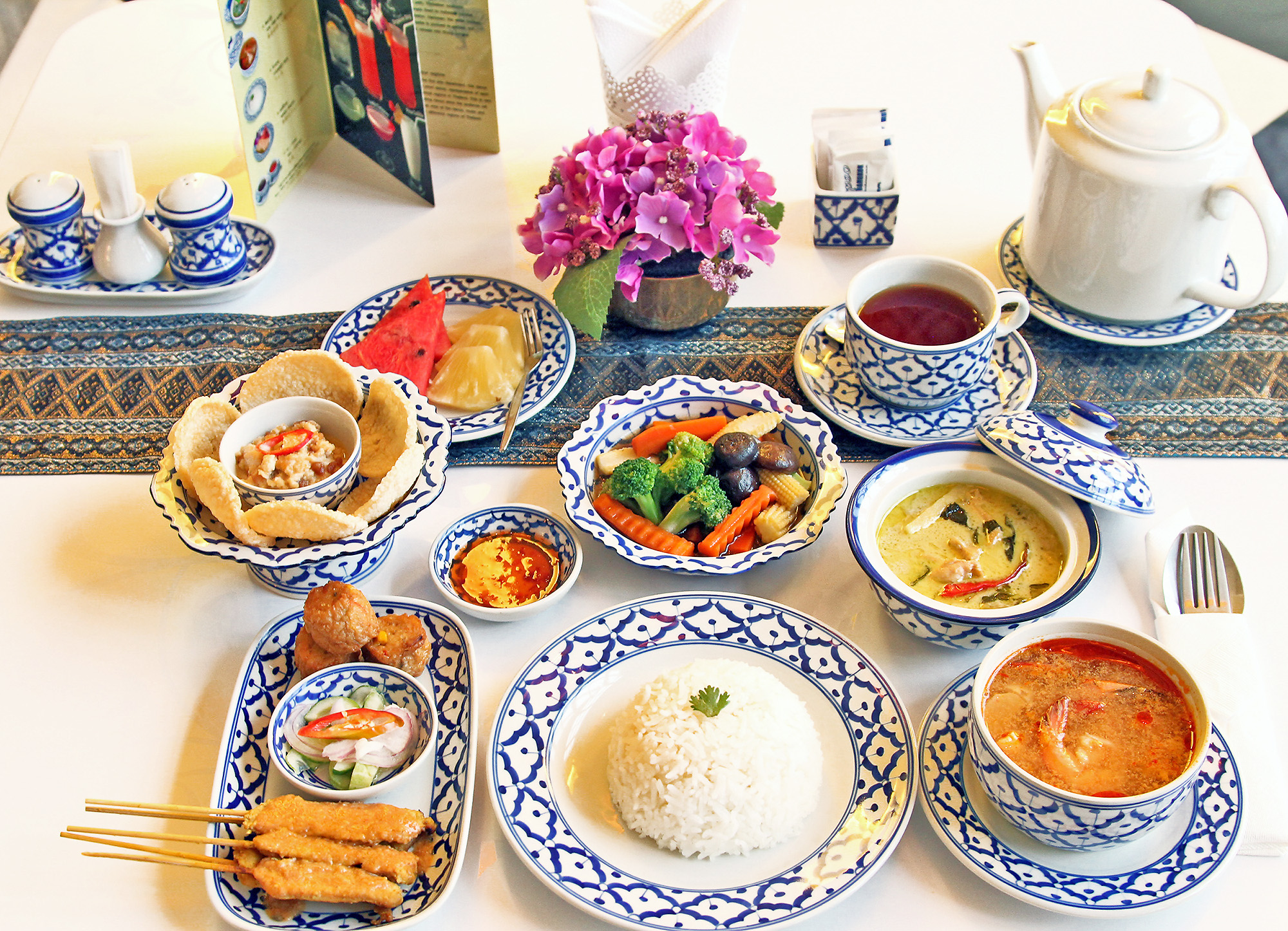 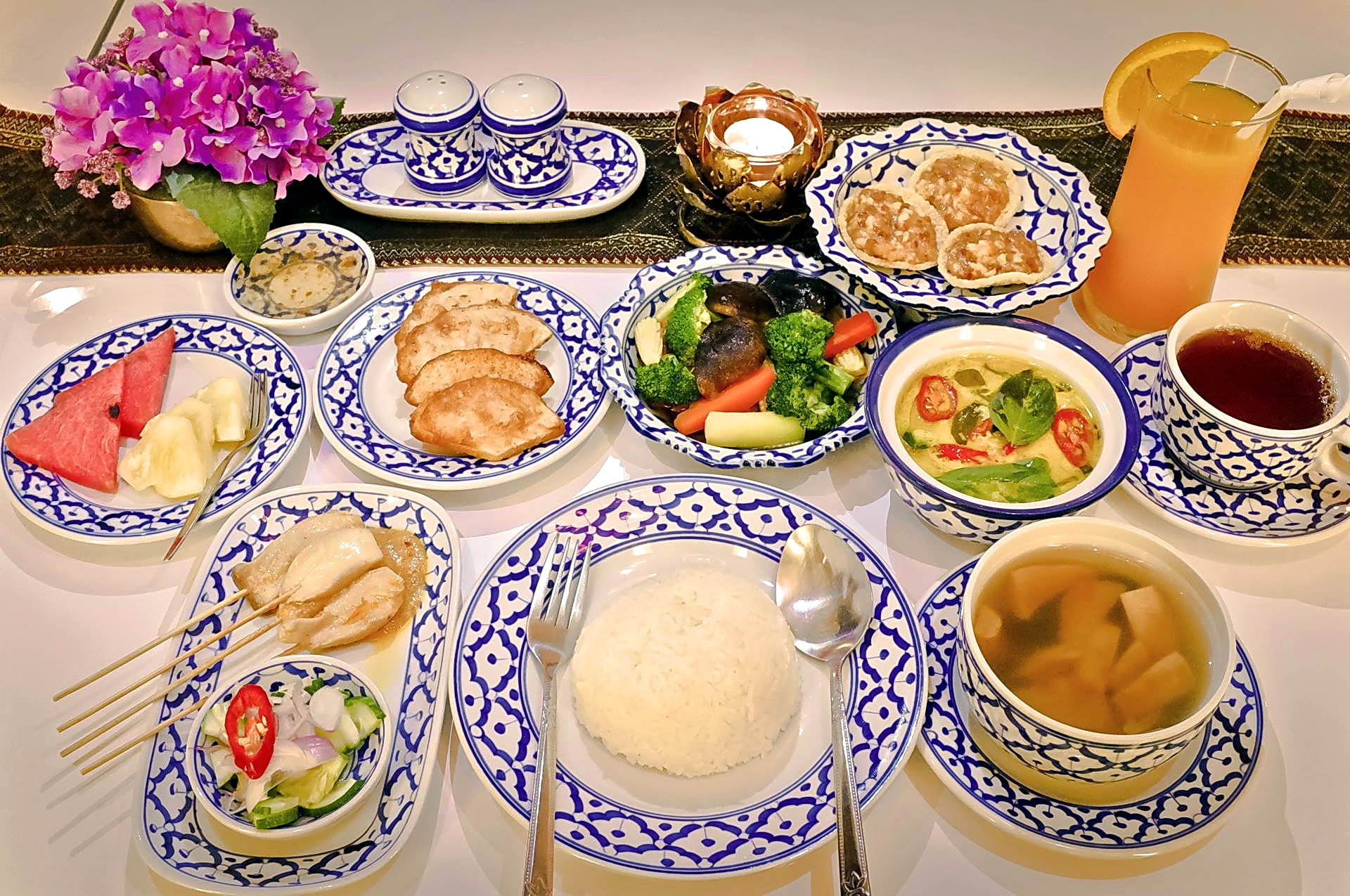 Can we change the dinner menu?

The dinner menu is fixed. But if you request for vegetarian, kids menu or if you are allergic to certain ingredients, please inform us in your booking. Do note that we do not have a kitchen within our restaurant, therefore all menus must be ordered and prepared in advance. 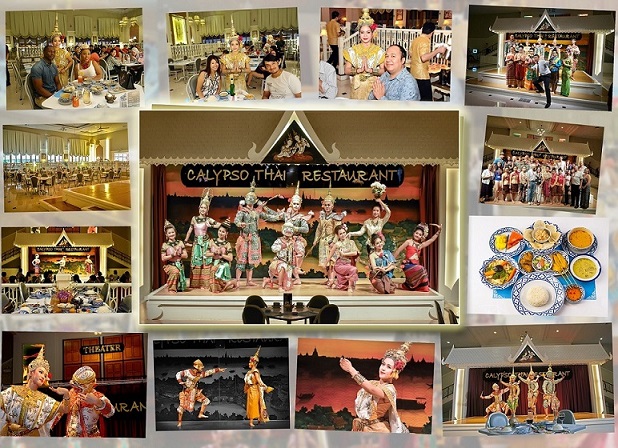 The time between 14th and 15th century is called the Sukhothai period - the period where we laid our cultural foundation and create our own arts. The music was composed in accordance with the general style of the Sukhothai art, which displays distinctive gracefulness.


The Pursuit of Supanna Matcha

This is an episode from Khon – a masked dance-drama performance of Ramakien. Supanna Matcha is the daughter of a fish and Thotsakan. She has the form of a mermaid and rules the ocean as queen of the fish kingdom. Under the order of Phra Ram, Hanuman – the white monkey, came to pursuit Supanna Matcha and wins her over after an intensive courtship.


Hanuman in Combat, The Scence From Ramayana Epic

This epic battle scene is another episode from Khon. This is the royal battle of the two brothers – Phra Ram and Phra Lak against Thotsakan – the demon king of Krung Longka. Hanuman – the white monkey also joins in the royal brother’s side. The performance displays skillful and unique dance movements.

The Dance of Benediction

Bestowing blessings and wishing good luck have been a Thai way of life since the ancient time. Out of this tradition emerged the dance of benediction. To celebrate honored guests who visit our country, the dance of benediction is performed. Besides signifying the wishing of peace and happiness to the visitors, it also invokes long lasting good luck.

The serng grabo (coconut shell) is a group activity of young unmarried girls of the southern part of Isan (the northwest of Thailand). The performers hold two shells each, and combine grace and poise with agility and fun.